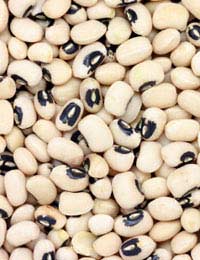 Turkish Piyaz salad is a classic salad that tastes wonderful and, in addition, is suitable for vegetarians and takes only a short time to prepare. One of the most popular ways to make a piyaz salad is to use black eyed peas.

To make this delicious salad, that will serve four as a side salad or two as a main course salad. You will need four:

Making Use of Hard Boiled Eggs

Another variation of the Turkish piyaz salad is to use navy beans, tomatoes, onions and hard boiled eggs.

For this salad you will need:

Piyaz is a salad that is constructed in layers.

Get the navy beans and drain and, after draining them, pour them into a serving bowl. After doing this add the hard boiled eggs followed by the chopped tomatoes and sliced onion.

The dressing for this version of Turkish piyaz salad is made by mixing olive oil and vinegar, which is then poured over the salad.

Using Kidney Beans in Your Salad

It is also possible to make a Turkish piyaz salad using kidney beans.

For this you will need:

To garnish the piyaz salad it is possible to use 3 boiled eggs which have been divided into quarters and some black olives.

The dressing consists of 50ml of extra virgin olive oil along with half a lemon and some salt and pepper.

To prepare the piyaz salad first wash and drain the kidney beans before blending with the remaining ingredients and pouring over the dressing.